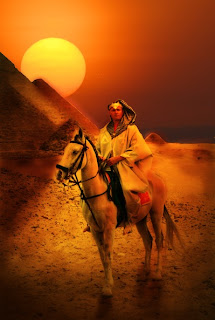 I just got attacked!

...on YouTube by wannabe Satanist, “Dark Fluff" Koetting -calling ME a fake!

When I get attacked by Satanists, even pseudo-Satanists like "DF" Koetting" - I wear it as a badge of honor.
To be brutally honest, "Dark Fluff" Koetting's attack is a cheap attempt to prop up his failing Merch-Witch Shop!
The real reason "Dark Fluff" Koetting promotes other “artists” these days is because he has nothing of substance left to say himself. All he can do is attack me. Pathetic!
Meanwhile, check out OUR new video right here PACKED with spiritually ESSENTIAL information, including ...
• The Rapture, Solar Ascension and The Great Work
• The Inter-dimensional Spiritual War - Latest News
• Awakening On The Inner Planes
• The Truth About Angels Revealed
• The God-Force & Abundant Life
• World-Wide Ritual To Free Humanity


Next monthly rituals to free humanity are June 15, July 14, and August 13. We launch our intention always at 9:00 PM PDT. Pray, drum, chant, invoke, or Spellcast. Time your rite to begin with ours an hour earlier at 8:00 PM PDT. Find out more at http://www.MagickWars.com.

I was just asked about “Dark Fluff” Koetting’s claim that the present Magical war is “staged” between Koetting and me.

Wow. What an ego on that man. Until yesterday, when Koetting published a video on New Moon attacking the Hermetic Order of the Golden Dawn, the Magical war as far as I was concerned had nothing at all to do with him!

We have been working each month for over a year now always with the same intention:

“To free humanity from bondage and dark enchantment.”

So why does Koetting have a problem with human freedom rituals? He claims his Black Magick liberates. I call bullshit. Something doesn’t add up here.

The greatest problem with Koetting is he believes that evil doesn't exist. He argued this with me on film at MagickAll 2014.

He is wrong. Dead wrong.

There is such a thing as right and wrong - and true EVIL does exist.

Just look at the Satanist coven around Roman Polanski in Hollywood. Want more recent examples? Look at Harvey Wienstein and the NXIVM cult.

Look at the Jesuits and all of the children they have raped in their Black Magick rites.

Real Satanists who practice human sacrifice etc do exist, however. Satanists who want to enslave humanity and will use any Magick to get their way, including pedophilia, rape, torture, ritual murder, and even cannibalism. The more transgressive, the more taboo, the better.

For these REAL Satanists, Koetting is just a useful idiot.

His “Dark Fluff” merch-witch shop has Facebook and YouTube message boards full of clueless young wannabe Satanists. Would this not make a juicy hunting ground for the “Renfields" recruiting for the REAL Satanists down in Hollywood, etc? You better hope you never get invited to one of THOSE Hollywood parties - because you might not EVER come back!

By attacking the HOGD at Black Moon, “Dark Fluff” Koetting has magically allied himself with our order’s enemies.

My only remaining questions are:

Do Koetting's students not deserve to know why “DF" Koetting STILL has not publicly condemned the pedophilia, child-rape, torture, murder, and cannibalism of truly EVIL Satanists?

“Dark Fluff” Koetting, after all, sat in my living room at MagickAll 2014 and defended ritual murder in front of the entire world published on YouTube for anyone to verify.

"Where do you REALLY stand on these issues that REALLY matter? Your students deserve to know."
Posted by Imperator David Griffin at 3:41 PM 2 comments: