If you have been around for any length of time, you already know how I have been defamed and attacked on the Internet for almost as long as the Net itself has been around!

Funny thing is - my attackers are almost always leaders of wannabe orders; guys dying of jealousy because they want to be me. Actually, their antics are quite sorry. Here is my latest "fan mail," this time from Golden Dawn "leader," Sam Scarborough.

You know, these would-be GD "leaders" have been touting these mythical "errors" in My Ritual Magick Manual for decades. But guess what! When challenged, they never come up with any references to back their claims!

Why not? Because they don't exist! Only in their twisted imaginations do these errors exist.

Well, OK, in a 666 page Opus Magnum like the Ritual Magick Manual, there is bound to be an occasional typo here and there.

But these fearmongering wannabes want you to believe you might accidentally invoke the demonic hordes of Beelzebub by tripping over a typo.

These guys are so full of themselves that they think you are stupid and you will believe anything you read. That's why over the years they have attacked me with the most outlandish bullshit you can imagine.

Sorry Sam, that nonsense might have worked in 2002, but people today are more awake than you think.

So why are these guys so jealous? Well, maybe its just because they know that they will always be nobodies.

Or maybe its because my Ritual Magick Manual has become the most coveted book in modern Magick, with used copies selling on Amazon for up to $3,249.50! 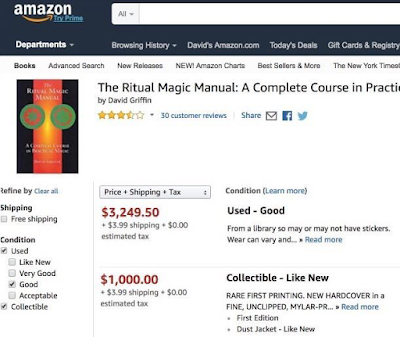 Or maybe it is because I lead the world's largest Golden Dawn order, with thousands of members in 116 countries across the globe.

Personally, I think the real reason these guys seethe with jealousy is just they know are losers. I mean just look at this guy.

What do you see when you look at this picture?

I'll tell you what I see. I see Sam Scarborough just got a new nickname.

From this day forward, Sam Scarborough shall henceforth be known as:

Who can take Sorry Sam seriously?

And not even a good joke. A bad joke. Not even funny.

PS: Having endured these silly defamation attacks for 23 years now, these guys have become completely predictable. Let me demonstrate my psychic powers by giving you a glimpse into the future. Watch what happens next:

Next will come the Three Amigos singing a rousing chorus of "we hate David Griffin" with "Sorry Sam" grumbling Base, "Creepy Aaron" complaining Tenor, and "Short Bus Morgan" whining AAAAAAAAltooooo!

This ought to be entertaining. 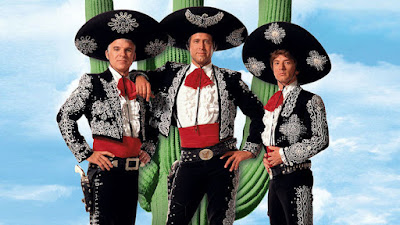