Over on his Talking About Ritual Magick blog, Frater "Blowhard" Barrabbas just wrote a bigoted, ignorantly misinformed, fear mongering, Communist leaning political rant so deluded and inaccurate that it does not deserve a reasoned reply.

In fact, it does not even deserve to be read.

For example, who takes the crap they serve as news on mainstream media seriously today, other than Blowhard Barrabbas? Southern Poverty Law Center? Only Blowhard Barrabbas. SPLC is one of the most discredited propaganda mouthpieces of the totalitatrian American left.

Sadly, there are still a couple of innocent, hatchling Witches out there who might mistake the propanganda Blowhard Barrabbas spews as gospel. For their benefit, the above video will set the record straight about the Clintons and the Dixie mafia.

Why don't you leave political discourse to people better informed than you, and concentrate instead on your Magick hobby?

At least there you know what you are talking about instead of just spouting George Soros' talking points you read on the Daly Kos.

Regarding Blowhard's repeating Clinton's calling all her political opponents "racist," we have a classic case of "the one who smelled it, dealt it.

It is no one other than Clinton who chose former West Virginia Ku Klux Klan "Exalted Cyclops," Robert Byrd as her "mentor" in the Senate.


Here is a little piece of good advice for Blowhard Barrabbas: "Get your facts straight next time before putting your foot in your mouth like this again."


Don't think that Hillary Clinton's relationship with the KKK ended with Byrd's death. She continues to be supported by prominent KKK members. Why has Hillary not disavowed the massive support she continues to receive from KKK leaders even today?

So, we see that, while she attempts to divide and conquer America by spreading false accusations of racism towards her political rivals, the real racist here is Hillary Clinton.
Posted by Imperator David Griffin at 6:52 PM 1 comment:

Over the years, people have gotten used to me shocking them from time to time online, sometimes with a remark, other times with a political observation on Facebook. Over and over, people have asked me what politics have to do with Magick.

The greatest problem I see in the world is that many human beings are not awake. An astonishing number walk around in a zombie-like trance. Many do not even have their own opinions any longer. Press them on a given subject, and they merely repeat things they heard on TV.

The good news is that people across the world are waking up, especially here in America. According to the latest polls, only between 6-10% trust that what they see on TV is true, especially news.

As a consequence, propaganda is being built more and more into entertainment programs like “Jimmy Kimmel,” one of the last bastions of any remaining credibility on American television.

Getting people off of TV is a great start, but getting them off of fluoride from the water and high fructose corn syrup from carbonated beverages can have an even faster and greater awakening effect.

Meanwhile, on the Astral plane things are even worse. Most people have no idea that another self-aware universe exists inside the world of dreams. In the dream-world, people are even more entranced than here. A majority lack the most rudimentary self-awareness on that Plane.

This is why Leslie and I recently put out a call to those of you awake on the astral plane and wanting to help.

We call ourselves Freedom Riders and we gather each night on the astral at the Liberty Tree.

When we first put out this call, we had no idea what was about to happen.

I was expecting maybe half a dozen people or so to show up at the tree. That is not what happened at all. Instead, we found ourselves haphazardly setting up a tent city, struggling to keep up with the influx of suddenly awakening astral refugees.

We call this rag tag city of hope in the dream-world, "The Astral Underground."

The Astral Underground needs your help tonight.
If you are awake enough and strong enough to project on the Astral, you can ride with the Freedom Riders.

We ride each night at Midnight to find and assist awakening souls and get them to the Astral Underground if that is what they want.

The Astral Underground is setting up a corridor to assist the awakening all the way from the physical to the Solar dimensions. Once established, this “Underground Railroad” will provide souls safe passage to freedom in the Solar plane.

Are you tired of living as a debt slave on this planet? Then meet us on the astral at the Liberty Tree.

If you can't yet reach the astral, just think about the Freedom Tree while you fall asleep. The tree will guide you across the veil and draw you to it.

The Astral Underground needs YOU. No matter what your skills may be. The more of us that are awaken, the more others we can wake.

Meet us at the Liberty Tree. Once you are on the astral, your heart will show you the way.

We gather again tonight at Midnight.

See you at the Freedom Tree? 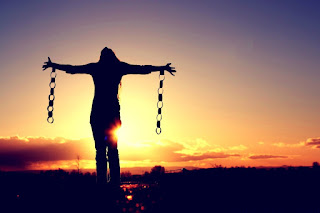 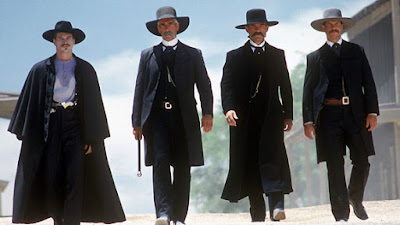 Some times I feel like I'm in in the old West.

I get soooo tired of young punks who try to make a name for themselves by calling me out.

Sometimes it is magical attack, but usually its just some newbie conjurer trying to make a name for himself misrepresenting my words on-line.


I was recently approached by Pat Zalewksi’s former "room mate," a young man named Sam Robinson who asked me for information about Gnosticism in the Golden Dawn.

In case there is any doubt what Robinson's real agenda is, ask yourself this:

"What sort of suicidal punk out to make a name for himself would post
a picture like this of me together with an attack on his blog?" 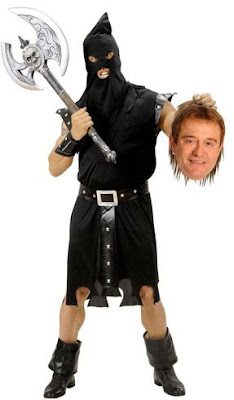 I explained to Robinson that THERE IS NO RELATIONSHIP between the Gnosticism and the Golden Dawn.

Robinson followed up, asking me if I hold any Gnostic lineages.

Well, yes, as a matter of fact, I do, I explained.

In fact there are a number of Gnostic initiations I communicate independently of the Golden Dawn, as the AO operates not only a GD order, but a ubstantial numbser of other orders as well.

Well, what does Sam Robinson do with this? He turns truth on its head here writing:

"David Griffin has told me that his Alpha et Omega also communicates Gnostic consecrations, such as baptism by water, baptisms of Fire and of the Holy Spirit, which ‘have been transmitted to his disciples from the living savior.’ His G.D branch also transmits the Ecclasia Gnostica Antiqua. Thus ‘some’ Gnostic integration is happening.“

Integration - my foot.  Sam is being a jackass here. 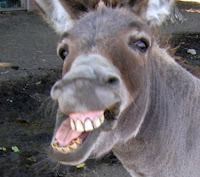 I was very clear to Robinson that the GD is a completely independent order from my Gnostic work or work in any other tradition, of which I work many.

What I did not tell Sam (because he didn’t  bother to ask) is that under the unbrella of the Alpha Omega, I hold transmissions and charters for a huge array of orders and traditions.

We also operate a Co-Freemasonic jurisdiction, for example.

Does this mean that we are „integrating“ Co-Freemasonry into the GD? Hardly!

Get your facts straight, Sam.

What also I did not tell Robinson is that under the unbrella of the Alpha Omega, I also operate a coven of Alexandrian Wicca, with a lineage amlost directly from Janet Farrar.

Does this mean that I am integrating Wicca in the Golden Dawn? Of course not! Alexandrian Wicca is a completely separate tradition.

Like all the other Paparazzi over the past two decades, Sam Robinson apparently has no clue what it means to work multiple esoteric traditons without making a mish mash of all of them.

I also did not tell him that we operate an Iseum of the "Fellowship of Isis.“ Who knows what ignorant rubbish Robinson would have misrepresented about THIS too!

I would like to give Robinson the benefit of the doubt and suggest he just misunderstood my words, but I don't think so.

Given the context of 20 years of Golden Dawn flame war, I think it is safe to assume that Robinson is being deliberately deceptive.

Sam Robinson has a lot of potential, but he needs to grow up, learn some journalistic integrity, and quit misrepresenting his sources.

One thing is certain.

So, yes. I do confer all THREE Gnostis baptisms. I also initiate in an entire occult system of Gnostic magick for spiritual ascension!

I initiate in Wicca, Co-Freemasonry, and even in other orders and traditions I am not willing to publicly reveal yet.

But these are completely separate orders and traditions from the Golden Dawn.

What Robinson does not mention is tbat the entire original Rosicrucian movement was but an outer emanation of the deeper, earlier (and still secretly surviving today) Hermetic tradition, which predates Christianity.

Obviously Robinsin doesn't get this, as it completely invalidates the racist "Christians only" version of Rosicrucianism that Robinson apparently shares with SRIA and its offshoots, like the "super secret esoteric-not-public" order Robinson alleges Tony Fuller leads.

Clearly, Robinson has been deeply influenced by Tony Fuller, if not outright manipulated by him and Fullers puppet masters. The bigoted "Christians only" brand of Rosicrucianism practised by SRIA (and apparently also by Tony Fuller and Sam Robinson) has left its extremist fingerprints all over Robinson's so-called "reviews."

I wonder if Sam Robinson even knows that Tony Fuller ia a British intelligence asset in the Golden Dawn community?

And that Fuller has played Robinson - like a virtuoso!

Posted by Imperator David Griffin at 7:54 AM 9 comments: