Are YOU a Slaver or a Liberator?

In my view, there are three classes of people. First there is the sleepwalking mass of humanity - moved by forces they can not see and have been taught to believe do not exist.

Secondly, there are "Slavers" - Black Magicians who for centuries have worked to enslave humanity. Today slavers have the upper hand with much of humanity enslaved by debt, and with the world-wide police state and surveillance grid nearly in place. Slaver Magicians would keep humanity forever endentured to serve as human livestock for labor.

On the other hand, there are those of us who are "liberators" by nature. We are not satisfied merely to preserve the vestiges of freedom that still exist today. Instead, we work tirelessly on the inner planes for the liberation of mankind.

Is it an accident that our culture has been taught not to believe in Magick, while at the same time Slaver Magicians hold humanity hostage?

Is it an accident that, whenever Magicians of light and liberation open our mouths or raise our wands to defend the sleeping masses against encroaching darkness - someone always comes along to chastise that we are politicising Magick?

Let me clue you in on a little secret ...

Magick has been politicised for Millennia!

The only real question is - which side are YOU on?

I, for one, have pledged my Magick sword and wand to the cause of CHIVALRY - to help those less fortunate than myself. Taking this stance has not made me popular. In fact, it has made me a target. Since decades, I am defamed on the Internet. There have been repeated death threats and magickal attacks.

But I am still here, and as the old saying goes: "What does not kill you, makes you stronger!"

Looking at the world today, it is obvious we Magicians of Light are losing the struggle for the liberation of humanity.

The Slaver Magicians are powerful and well entrenched. They think they have all the exits from this planetary prison covered.

In fact, at this point in history, the few of us who still carry the banners of freedom and light look like Don Quixote fighting windmills.

But our struggle continues ...

And the fate of humanity hanging in the balance!

Over the past three Full Moons, we have worked one element each Moon, with the intention of purifying and element and healing our planet. This Moon we complete the cycle with Elemental Fire. The Fire element is extremely important, covering everything from freedom and privacy to fossil fuels, alternative energy sources, and the energetic evolution of humankind.

Will YOU not take stand with us and be counted among the LIBERATORS of humanity?

Synchronize YOUR Magickal intention with ours at the exact hour of the Full Moon on July 1, 2015 at 7:19 PM PDT.

The forces of darkness are formidable, but united in Chivalry, we can still  turn the tide.

The time has come for the Magick of Light to rise in Chivalry to restore balance - For there is much at stake. 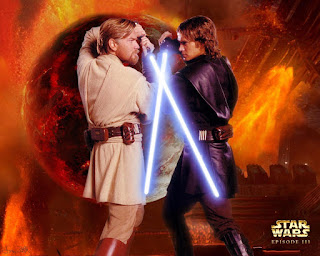 Lately, there has been a spate of posts dissing the importance of Israel Regardie written by people who claim a connection to the old Whare Ra temple in New Zealand. Aaron Leitch recently wrote about this here. Believe it or not, for once I agree with Frater Leitch about something. What I can not agree with, however, is Frater Leitch's historical revisionism in describing the Golden Dawn revival in the USA as beginning with the consecration of the Vault of the Adepti in Columbus, GA, as though Cris Monnastre had nothing to do with the Golden Dawn revival. Yes, it is true that Israel Regardie and Cris Monnastre traveled TOGETHER to Columbus, GA and that Regardie did consecrate a Vault of the Adepti there.

Here is where history ends and revisionism begins in Frater Leitch's account, with Leitch claiming that this journey marked the beginning of the Golden Dawn revival in the USA. This is a complete fabrication.

The TRUE origin od the Golden Dawn is to be found years earlier, when in 1977, Israel Regardie and Cris Monnastre together performed a nine month Magickal working, performing an Opening by Watchtower every Sunday, with the expess intention for the rebirth of the Golden Dawn in America. Judging from the state of the Golden Dawn today, the magickal operation was a smash success.

It is important to note that Israel Regardie consecrated the Vault of the Adepti in Columbus, GA for the express purpose of initiating his only disciple, Cris Monnastre in that Vault. Contrary to false claims, NO ONE associated with Aaron Leitch's group today was ever initiated by Israel Regardie.

In 1994, Cris Monnastre appointed me Imperator of the Hermetic Order of the Golden Dawn. When she decided to move on to more mystical spiritual pursuits in 1996, Cris Monnastre passed to me her Golden Dawn trademark rights together with Israel Regardies elemental tools, Enochian Chess set, and his personal Rose+Cross that he had inherited from Elsa Barker.

Elsa Barker, a gifted poet, was S.L. MacGregor Mathers personal envoy to the Alpha et Omega temples in America. She travelled frequently between France and the U.S.A. In many ways, it was Elsa Barker who brought the light of the Golden Dawn to America.


Here I am today, bearing Israel Regardie's and Elsa Barker's Rose+Cross, standing in the Portal of the Vault of the Adepti.

Posted by Imperator David Griffin at 9:51 AM 3 comments:

by Hermetic Order of the Golden Dawn
Imperator David Griffin

On Thursday, May 4, 2015, a unanimous three-judge panel of the U.S. Court of Appeals for the 2nd Circuit ruled that the National Security Agency’s collection of millions of Americans’ phone records over the past decade has been illegal all along. This decision could never have happenned had whistleblower Edward Snowden not risked his freedom to alert the American people to the flagrant infringement of our liberty.

Not only did the NSA illegally spy on the American people...They deliberately concealed the truth as well. When asked point blank about this, the Director of National Intelligence lied even to Congress.

So that Director Clapper would be prepared to answer, Senator Wyden gave these questions to Clapper's office a day in advance of the hearing. Upon the hearing's completion, he also gave the Director a chance to amend his answer. He opted not to do so.
Then - on June 6th, 2013, NSA whistleblower Edward Snowden revealed to the world that the NSA was indeed engaged in a secret program that was collecting tens of millions of Americans' phone call records. The American people was finally able to break through the wall of NSA lies and deceit. For this we owe a debt of gratitude to Edward Snowden.

Further revelations would unveil NSA programs collecting Americans' web browsing histories, chat logs, email usage and even their physical locations! The NSA had been illegally collecting data on hundreds of millions of law abiding Americans, and continues to do so today.

James Clapper later apologized to Congress in a letter, saying his answer was "clearly erroneous."

In reality, the National Intelligence Director's answer to Congress was "clearly a lie." He should, in fact, be tried for perjury.

How can the American people place our trust in an intelligence community that has shown such contempt for the rule of law that it has illegally spied on us for over a decade, lied to Congress about it, and likely continues to do so today in every arena where they didn't get caught yet?

This week Americans won a small victory in the struggle against abusive spying when the "USA Freedom Act" was signed into law, prohibiting the NSA from continuing to vacuume up all metadata of all phone calls of all Americans, and requiring individualised warrants to access such data from phone companies.

This is a step in the right direction, but it does not go nearly far enough. On February 23, for example, NSA Director Adm. Mike Rogers squared off against top security experts from the tech industry, in a series of exchanges about giving government built-in access to the encrypted data of tech firms’ customers. Law enforcement and intelligence officials claim they need such access, via so-called “back doors” (or front doors), in order to effectively track criminals and foreign spies. How are we to trust they are not already using this to further violate the privacy of American citizens?

In fact, judging by NSA's track record of lies and deceit, we may be certain the NSA today continues - without individual warrants - to improperly vacume up and store vast amounts of Americans' data using cell phone interceptors, backdoors to computer networks on on-line services, and among other things, a world-wide network of street corner surveillance cameras linked with facial recognition software.

All of this continues today - without regard for the Constitution, the privacy rights of American citizens, or even the rule of law.

Today is the second anniversary of the Snowden whistleblower revelations documenting how the trust of the American people is being violated by secret dragnet spying. Truth be told, we have no idea how deep this rabbit hole really goes. In breaking news, only this morning the New York Times reported: 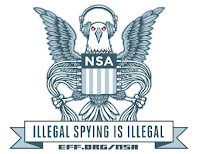 On June 3, the same day the USA Freedom Act was signed into law, the Associated Press (here) exposed the FBI using surveillance aircraft over American cities with planes bristling with cameras and cell phone interceptors capable of scooping up vast amounts of American citizens' data.

What is worse - the Associated Press exposed the FBI's use of  a host of front companies and dummy corporations, to conceal FBI responsibility for this rape of privacy of American citizens. 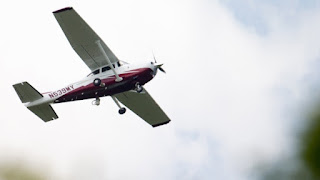 Suchotal surveillance is a tyrant's dream. But in America, we do not live in tyranny - at least we are not supposed to. As Americans, we have a reasonable expectation of privacy guaranteed by the Constitution. This expectation of privacy has been rendered moot by rampant secret intrusions in our lives by an out of control intelligence community. 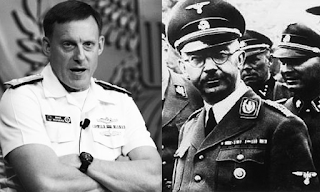 What do NSA head, Michael Rogers, and Gestapo head, Heinrich Himler, have in common? Each one of these men preside or presided over the world's most intrusive spy network.

Should we blindly trust either of these men?

No. We should not.

Instead, we should reclaim our right to privacy that was paid for with the blood of our forefathers. We must ensure that future generations will continue to enjoy the the fruits of liberty.

A primary reason the American revolution was fought was to end British soldiers' intrusions in the homes of countless Americans using general warrants. Today, the NSA and the FBI again use the same general warrants to rape the privacy rights of millions of law abiding Americans.

Let us recall that...

And - As history has proven time and time again...without the faith and trust of its people...no State can at length endure. 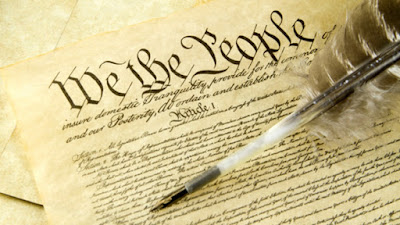 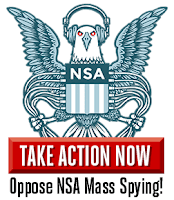 Posted by Imperator David Griffin at 4:41 PM No comments: