It is no secret that Bob Zink has wanted to get rid of me for decades. I had heard the ugly rumors many times before - like allegations of Bob organizing Esoteric Order of the Golden Dawn members to perform Goetic, black magical operations against me order-wide back in the 1990s.
Then there was the infamous "watermelon" ritual where, according to former EOGD members, they consecrated a watermelon like a voodoo doll, to affect me by sympathetic magick, then took turns stabbing it with a magick sword.

Another story involved the 1994 evening that Robert Zink and I dined together in Cris Monnastre's home. According to former EOGD members, Bob Zink called an emergency temple meeting later that night, telling everyone that:


"over dinner the evil David Griffin had worked black magic on poor Bob with his malefic Mars ring."

I indeed own a magick ring of pure gold for each planet (see the slide show below this post) and actually did wear my Mars ring that night. I never dreamed it would set off such paranoia in Bob though.

Then there was the former EOGD member who wrote to me earlier this year apologizing for having spied on me in the 1990s, allegedly also at Bob's behest.

Until last Fall, I had a thriving social network with 4,723 Facebook friends. Then suddenly - Poof! - my profile and my entire Facebook social network were gone! Facebook had permanently disabled my profile - and cut me off from my entire social network - without any warning or explanation whatsoever. I appealed the decision, but to no avail. It was not until this week that the mystery of what had actually happened to my Facebook profile was finally solved. I should have known from the beginning that the destruction of my social network on Facebook was no mere accident. 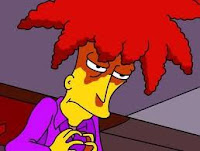 The Facebook mystery was finally solved this week, when a disgruntled EOGD member sent me numerous posts about my Facebook profile from the esotericgoldendawn private members' forum on Yahoo. Certain of these letters - reproduced below - reveal how my Facebook profile - and my social network of 4,723 friends - did not simply disappear, but were carefully and deliberately sabotaged by Bob Zink orchestrating a group of EOGD members and their friends to "block spam" me on Facebook.

Esotericgoldendawn Members Yahoo Forum
Subject: Special Attention to all Brethren of the Golden Dawn
September 25, 2009
Greetings in Light,
This is a public announcement to warn members of David Griffin; a self proclaimed leader of a pseudo-organization that is an off-shoot of the reconstructionist Golden Dawn of C... It is important to know that no Golden Organizations to include C..., Zalewski, and OSOGD recognize his fanatic authority.
This individual has cost our Order thousands of dollars in legal fees, threatened members of our order, and continues to prove himself to be a danagerous and unstable fanatic bent on owning the Golden Dawn tradition. As a magician he stands as an example of dark sorcery and evil magic.
That is why we encourage you to disassociat with him in all venues; especially this most recent attempt to friend Order Brethren to his Facebook account. This is a warning not to friend David Griffin and if you mistakely already have to de-friend and block him immediately.
Your Servant in Light
GH Frater PDR (Robert Zink)
770 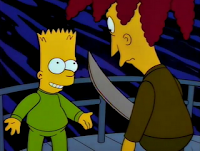 Esotericgoldendawn Members Yahoo Forum
Subject: Magical links and David Griffin
September 25, 2009
Brethren,
One of the reasons we ask you to not friend David Griffin on facebook is that because he has been hostile to our Order and to myself and other, and because he has attacked our Order over and over again, and because he is bent on being the only Golden Dawn group and has cost C... and our Order thousands and thousands of dollars, and because neither our Order, nor  C.., nor Pat Zaleswki nor Tommy Westlund his first Chief in Sweeden, nor any other GD group reconize him as nothing more than a mischief makers in our GD community,
YOU RUN A RISK of of allowing him to create a MAGICAL BOND with you and that bond certainly will not be helpful in your spritual or magcial development.
But wait, there is more to this saga, his connection to you as a friend on facebook creates a ray to our Order, this we cannot allow. It is important that you not accept the friend request from David Griffin and if you have, you need to cut it, for yourself, for your Order, for justice.
Your brother in the great work,
G.H. Frater P.D.R. (Robert Zink)
770

Esotericgoldendawn Members Yahoo Forum
Subject: David Griffin @ FB ~ how to use your privacy settings to block & other advice
September 25, 2009
Ave Sorors and Fraters;
Go to "settings", there you will find "privacy", scroll down, put his name in your BLOCK list, when you do so, a list of various David Griffin's comes up, he's the first one, you'll note his sash in his photo. Click ^him^, and he will be blocked.
Another suggestion, if you've friends who have befriended him, email them at FB and ask them to de-friend him and block him. If for any reason they won't, tell them you'll have to de-friend them as his energy won't be tolerated. Hope this helps,
R. 770


I won't waste time refuting Bob Zink's paranoid portrayal of the "evil David Griffin" in these letters. Bob was clearly demonizing me, in order to manipulate EOGD members and their friends to "block spam" me on Facebook - a dastardly, yet deadly effective way of getting someone's Facebook profile permanently disabled. Five days after this "block spam" attack, on October 1, 2009 - Poof! My entire Facebook social network - and all contact with many of my 4,723 friends - vanished forever. No explanation. No recourse. Just poof! - gone.

Thank you for your friendship, support, and encouragement over the years on Facebook. I really enjoyed my interaction with you and our substantial discussions about Hermetic Inner Alchemy and other aspects of the Golden Dawn. Thanks again for your many valuable contributions to these discussions.
I apologize for for losing contact with so many of you following the sudden and unexpected disappearance of my Facebook profile. When Facebook disabled my page without warning or explanation last October, I had no way to reach most of you even to tell you what had happened. In fact, it was a mystery to me as well - until now that is.
I never in a million years dreamed that my social network had secretly been sabotaged in one of Sideshow Bob's dastardly schemes!
As public figure, I guess I should expect certain losses like this, particularly with a competitor like Bob Zink around. Destroying my Facebook social network was the most successful plot Sideshow Bob has come up with yet.  In fact, I can  see him gleefully rubbing his hands and laughing maniacally while reading this.
Well, congratulations Bob! One of your hair-brained schemes finally worked. In fact, it worked so well that my 4,723 former friends from my Facebook social network you destroyed and I would like to send you this special "way to go, Bob!"