Believe it or not, there are still people out there who are so envious of me that their lives are incomplete when they are not stalking me online.

By now, most of you know that - as a gift to the magical community- I will be giving away an amazing free webinar free this Saturday, February 27 at 12:00 PM PST, entitled:

"Demons and the Golden Dawn System of the Magick of Light" 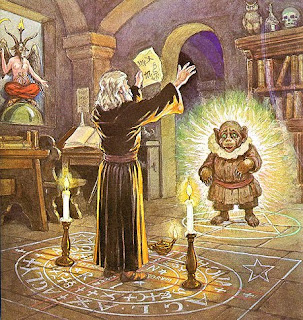 I decided to make this webinar available free to the magical community because I was tired of certain black magicians spreading disinformation about the Magick of Light - silly stuff like the claim that all Magick other than Black Magick is really just "religion."

As you likely know already, the Golden Dawn system of Magick is not a religion, but a powerful technology for spiritual growth - one that can be used to achieve enlightenment, higher consciousness and ultimately - to become more than human.

Not unexpectedly, my announcement caused a bit of a stir among Black Magicians who jumped to some rather hasty conclusions, making some snarky remarks on Facebook, including one of them posting the fake hash tag #blackmagicianslivesmatter, which I pointed out on Facebook as insensitive to African Americans

The hilarious part came when my favorite on-line stalker, Morgan Eckstein, turned the truth on its head - falsely attributing the hash tag to me - in an attack article over on his failing tabloid, Gleamings of the Dawn. In Eckstein's long fantasy missive, he attacks the webinar and accuses me of everything from having invented that bizarre hashtag and to attacking every Black Magician alive today.

I can understand Morgan being so obsessed with me. You see, nobody ever reads his failed tabloid, except when he is attacking me.

Seriously. Nobody ever reads that rag. But Eckstein knows that if he attacks me - his tabloid gets traffic.

He doesn't attack me - and nobody cares. Its a ghost town over there!

Speaking of which, people have been telling me that- besides turning the truth on its head - Eckstein's attack piece reads like a bad fantasy novel.

So, let's go help Morgan Eckstein out. Please go over to his blog and read his article HERE. Its good for a laugh and God knows that tabloid can desperately use the traffic.

While you are at it, I urge you to buy some pottery from Morgan's wife Khari on Etsy HERE. Why not help a pornographer make rent and keep the power company from shutting off their lights again. All kidding aside, I bought my wife some pottery from Khari at Christmas and my wife loves it. So, I urge you to check it out, despite her husband's morbid obsession with me.

Meanwhile, if you want to come to the webinar, you will need to act fast. You can still subscribe free to my mailing list at occultnewsnetwork.com. I will send login details for the Webinar to the list on Friday.

Be sure to get there early. The room seats only 99 Magicians and over 400 new subscribers joined the list this week, mostly because of the webinar.
Posted by Imperator David Griffin at 5:18 AM 8 comments: 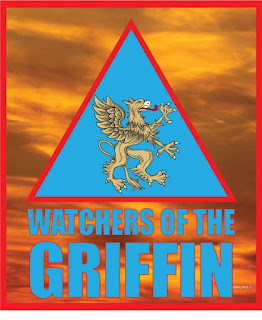 "A Voice Crying in fhe Wilderness"

Stinging from years of declining readership, the world's most ignored occult tabloid, "Watchers of the Griffin," was rebuffed by Rupert Murdoch's Newscorp last week, following the Paparazzi tabloid's desperate bid to survive by selling out to Newscorp.

Newscorp execs today issued a statement explaining their position, declaring "why should we be interested in a would-be tabloid nobody reads in a niche market?"

The idea itself is probably not a bad one, although someone really ought to teach the paparazzi how to properly use the x-theme slider.

"You need to be able to actually READ the articles, not just look at the pretty slider!"

Well, at a minimum we ought to give the paparazzi kudos for at least trying to remain relevant. The only problem is: 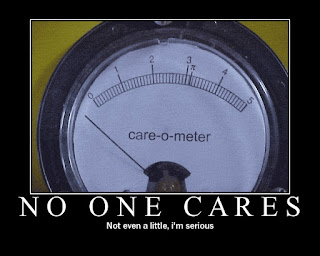