Posted by Imperator David Griffin at 12:05 PM No comments:

As important as Israel Regardie's personal magickal weapons are in and of themselves, the crown jewel of the Regardie collection is today not a magickal tool created by Regardie himself, but rather a Rose+Cross lamen gifted to Regardie by Alpha Omega Adept, Elsa Barker (1869–1954), a direct magical link to Golden Dawn founder, S.L. MacGregor Mathers. 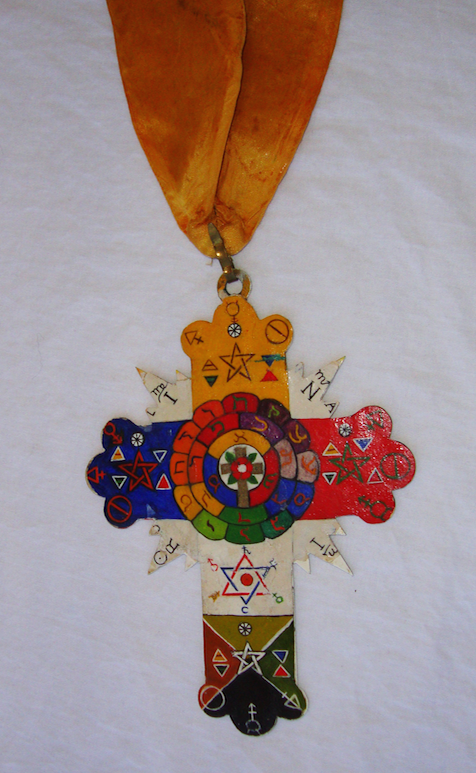 Elsa Barker was instrumental in bringing the Golden Dawn to America, as she frequently carried documents and messages back and forth between S.L. MacGregor Mathers in Paris and the Alpha Omega temples flourishing in America.

Barker was born in Leicester, Vermont and became an American novelist and poet. Barker lived most of her adult life in New York City. From 1910 to 1914, she lived in Paris, where she was initiated in S.L. MacGregor Mathers’ Rosicrucian Order of Alpha et Omega. As Barker frequently traveled between Paris and the USA, Elsa Barker became MacGregor Mathers’ emissary to the American temples of the A.O.


The minute book of Mathers' Ahathoor temple mentions that, on July 3, 1911, just prior to Elsa Barker’s return to the USA, Mathers had received applications from 9 members to form yet another new temple, Neith Temple No. 10 in America.