by Leslie McQuade and David Griffin

We should have known that it was just a question of time before Leslie McQuade and I would be attacked in academia and in the media for leading the popular resistance to the Black Magick rituals attacking the American people led by Satanist/Crypto-Christian, Mike Hughes.

Here is what Religion Watch has to say here in the article entitled:


Casting spells for and against Trump divides Neopagan community

"...These efforts have drawn criticism from other Neopagans, who view them as generating bad publicity, with the most extreme of these being groups and leaders who have sought to counteract the anti-Trump witch activists. Leading these right-wing Neopagans and Wiccans are David Griffin and Leslie McQuade of the Hermetic Order of the Golden Dawn, as well as such new groups as the Cult of Kek and Aristocrats of the Soul, which have launched magical counterattacks against the Trump attackers and carried out their own rituals to protect the president. Griffin and McQuade call on all believers to combat what they call the “black magical terrorists” targeting Trump. There is some intersection between these groups and what has been called the “alt-right,” mainly in the way they critique globalization, use social media and blend Internet “memes,” such as Pepe the Frog, with magical themes, according to another paper by Egil Asprem of Stockholm University. He concluded that the Neopagan use of rituals is a case of generating “collective effervescence” in the face of diminishing trust in the establishment, pointing to a similar revival of magical interest and activity during the collapse of the Soviet Union in the late 1980s"

Note the way they throw us in the same sack with groups that we have never even heard of, then throw everyone in the "alt-right" sack.

Both Leslie and I reject the defamatory epithet "alt-right." This is a term introduced by Hillary Clinton to demonize mainstream American supporters of Donald Trump, throwing them in the same sack as Neo-Nazis and their ilk, which is outrageous.

Let me be clear. Leslie and my objections to the "bind Trump" Black Magicians has never been that they hate our President. Our objection has always been their invocation of "demons of the infernal realms" to bind the wills of American voters ("those who enable Trump.").

"It is not OK to bind the will of American voters."

Finally, regarding our political positions, which are actually well known, Leslie McQuade and I reject even the "right wing" epithet.

In reality, Leslie and I are a "classical Liberals" (a la Thomas Jefferson). We stand for the Divine given liberty of human kind and humanity's liberation from all forms of bondage and enchantment, including television brainwashing.

People like Richard Spencer are "alt-right" adherents. Thier ideas could not be further from ours. I find the racism of Spencer and others like him repugnant.

Leslie and my political views have much more in common with those of Julian Assange, who has made incredible sacrifices to free humanity from tyranny of the surveillance state.

This is not the first time Leslie and I have been defamed in the press and it will certainly not be the last time. Let then attack us as they will. We will not back down from our magical quest to liberate humanity from bondage and enchantment, including CIA television mind control.

Make sure you read our groundbreaking new article that traces mind control methods from their origins in the Holocaust death camps though the CIA's MK Ultra and into your television set! 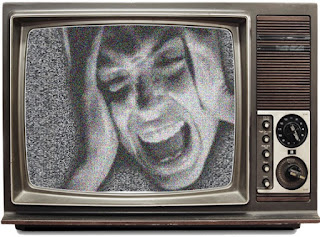